“The debris created by Russia's [anti-satellite test] will continue to pose a threat to activities in outer space for years to come, putting satellites and space missions at risk, as well as forcing more collision avoidance maneuvers.” https://wired.trib.al/Kf56B3T

“Q was designed to start a conversation around why we gender technology when technology has no gender to begin with.” https://wired.trib.al/yCT8v8B

Dear ladies, Sara and Lily, thank you for your very inspiring and fresh talk on #AI & #Nature this evening!
For those who missed the live streaming, visit our website or youtube of @Paralelni_polis:
https://ricaip.eu/artist-meet-up-lily-mccraith/

With autonomy, such a drone would have been harder to hold anyone accountable for, and much harder to defend against. al-Kadhimi would likely have died, and Baghdad's tense situation would have erupted. Iraq's latest chance at democratic stability would be over, just like that.

Filip Vostal received his PhD in Sociology from the University of Bristol, UK in 2013. From 2014 he has worked as a researcher at the Centre for Science, Technology, and Society Studies at the Institute of Philosophy CAS. He has published his work in journals such as Time & Society and European Journal of Social Theory. Filip is the author of Accelerating Academia: The Changing Structure of Academic Time (2016, Palgrave Macmillan) and currently runs a project that anthropologically investigates temporality of knowledge production in physics (funded by Czech Science Foundation). With Mark Carrigan Filip co-founded international scientific network The Accelerated Academy that comprises of researchers from several institutions (Leiden, Cambridge, Humboldt) who meet once or twice a year. He teaches Sociology of Science & Technology at Charles University and Critical Social Theory at the Anglo-American University in Prague. Filip tweets at @filvos 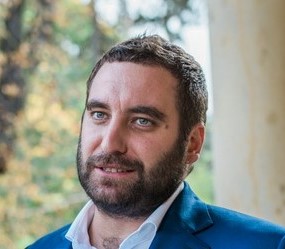